Woombye is located on the Sunshine Coast hinterland in Queensland, approximately 100km north of the Brisbane. The name is derived from words from the local Aboriginal language – a place (wumbai) of black snake or (wambai) black myrtle or axe handle made from black myrtle. Woombye has a population of 3,246, as measured in the 2016 census.

In 1877, Karl Stumpf was granted a license to sell liquor there. In 1880 the Brisbane to Gympie Road had become almost untrafficable and the alluvial gold in Gympie was almost played out, so Cobb & Co. withdrew their coach services.

In 1881, Frederick Schubert took charge of the hotel, and purchased 160 acres (0.65 km2) of land, which included all Cobb & Co.’s land and buildings and is the area on which the township of Woombye now stands. He built a store and a butcher’s shop. 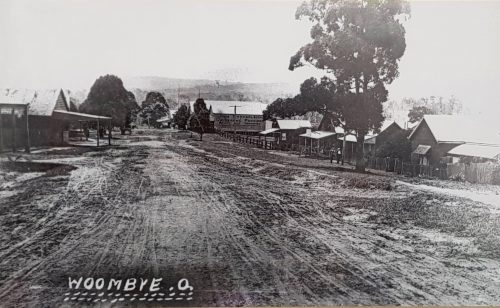 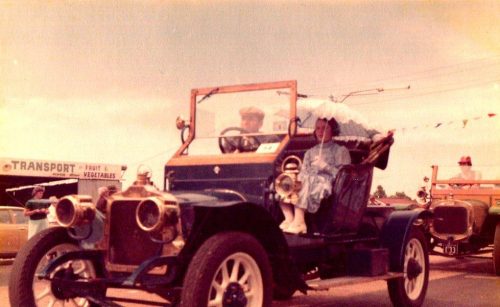 In the 1880s, the Court House was built near the Police Station. The existing name “Cobb’s Camp” was considered unsuitable by the Government as there were already many places of that name. So the name Woombye was chosen, after the myrtle tree which grew locally.

The town was surveyed in 1890 and in 1891 the railway from Landsborough to Yandina was opened. From 1891 to 1914, Woombye became the rail centre to which Buderim farmers carted all their fruit and produce to rail to the markets, until the Buderim tramway connected Buderim and Palmwoods.

In 1894, Woombye State School was erected to replace the Provisional School. 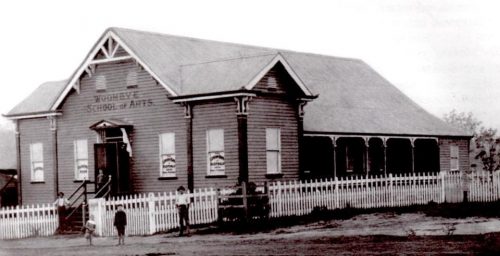 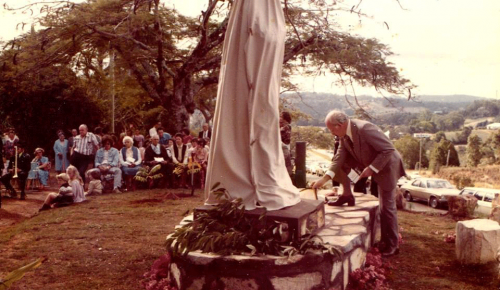 In 1895, Thomas Bartholomew built a sawmill near the railway yards and it operated until 1965. Equally important, in 1895, Thomas Davey grew the first pineapples commercially in Woombye. Other growers quickly followed him and by 1903, there were 120 acres (0.49 km2) of pineapples in the district.

In 1897, Thomas McClintock set up a blacksmith’s shop in the Police stables after the staff had been transferred to Nambour. In 1898, the Church of England church and the first Woombye School of Arts building were erected. Also,John Tytherleigh established a branch store in Woombye, which operated until 1965.

In 1900, the Methodist church was built, and Louis Willersdorf built the first bakery in Woombye. Frederick Schubert built the Criterion Hotel on the corner above the Railway yards where it still stands, and the Maroochy Pastoral, Agricultural, Horticultural and Industrial Society was formed and the first Show was held in Woombye on 3 June 1900. 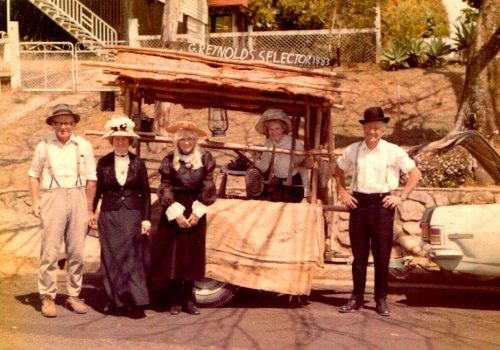 We acknowledge the Traditional Custodians of the land on which we work and live, and recognise their continuing connection to land, water and community. I pay respect to Elders past, present and emerging. 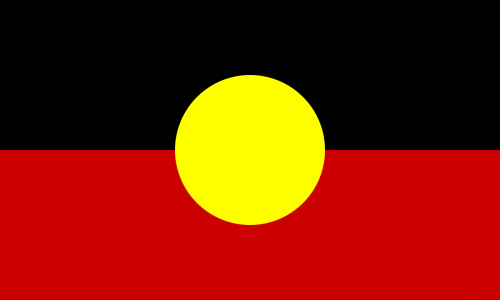 The name Woombye was derived from the indigenous word wumbai a shrub the early settlers called black myrtle. It grew profusely along the banks of Paynter’s Creek.

The Gubbi Gubbi people have cared for the land for thousands of years. Their history is one of peace and welcome to our visitors as the land has provided ample sustenance for all. Over the last 160 years changes to their lives have been severe. It is important to understand is that the Gubbi Gubbi people is an integral part of local history.